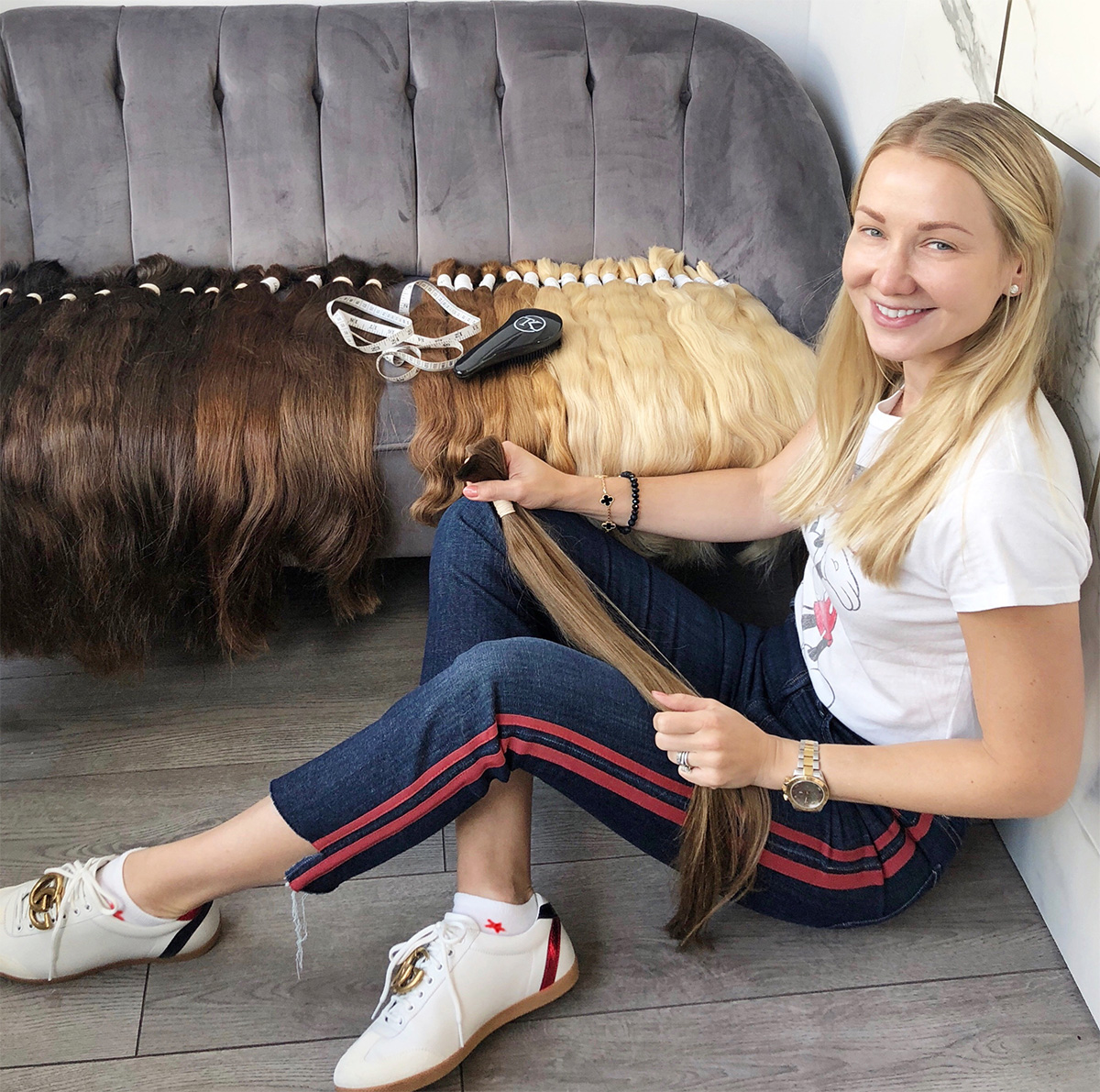 The London-based salon says it prides itself on sourcing Russian hair in an ethical and sustainable way and is becoming increasingly alarmed at numbers of salons misleading the public.

Tatiana Karelina, who founded a chain of self-named salons 15 years ago, said: "Misleading advertising to the public and other businesses is illegal. Passing off causes significant loss and damage, but the unfortunate reality is that they are never caught, and this has to change”.

Karelina continued, “The mislabelling of Russian hair is really nothing new.  It normally happens with less ethical salons who want to be able to say they offer the “best” but lack the resources and knowledge to purchase bulk quantities of Russian hair.  Instead, they will purchase cheaper Asian hair, call it Russian and sell it at a higher price to the unsuspecting client.

Mrs. Karelina said her company now has salons in London, Manchester, and Los Angeles and sells her handmade Russian clip-in extensions to over 20 countries, and protecting the brand was vital, given its ethos of providing its clients with the best hair extensions available by using Russian hair.

Tatiana Karelina teamed with an FBI accredited lab in the US which used forensic testing and DNA analysis to determine the origin of the hair.

“As someone who has been in the hair extensions business for over 15-years, I have a pretty good idea of who is selling fake Russian hair just from a salon’s website. I have written extensively about this on our website trying to educate the public because if you know what to look for there are a lot of clues.  But simply knowing isn’t enough if want to effect change” says Mrs. Karelina.

“We decided that we would test out the new technology on Vixen and Blush and The London Hair Lab as we knew for quite some years, they are making some pretty incredible claims. The London Hair Lab was claiming that they were importing bulk Russian hair into the UK and hand-blending their mass-market lines of clip-in, tapes, wefts and i-tips before selling them to other UK salons”.  We knew from experience that it was virtually impossible to source the Russian hair required for a mass-market Russian hair extensions line and that subjecting Russian hair to an industrial colouring process was not only uneconomical, but it removed some of the qualities Russian is sought after for. Vixen and Blush were adverting that all of their hair was “100% double drawn Russian hair”, irrespective of colour, and were selling it at far below market price. 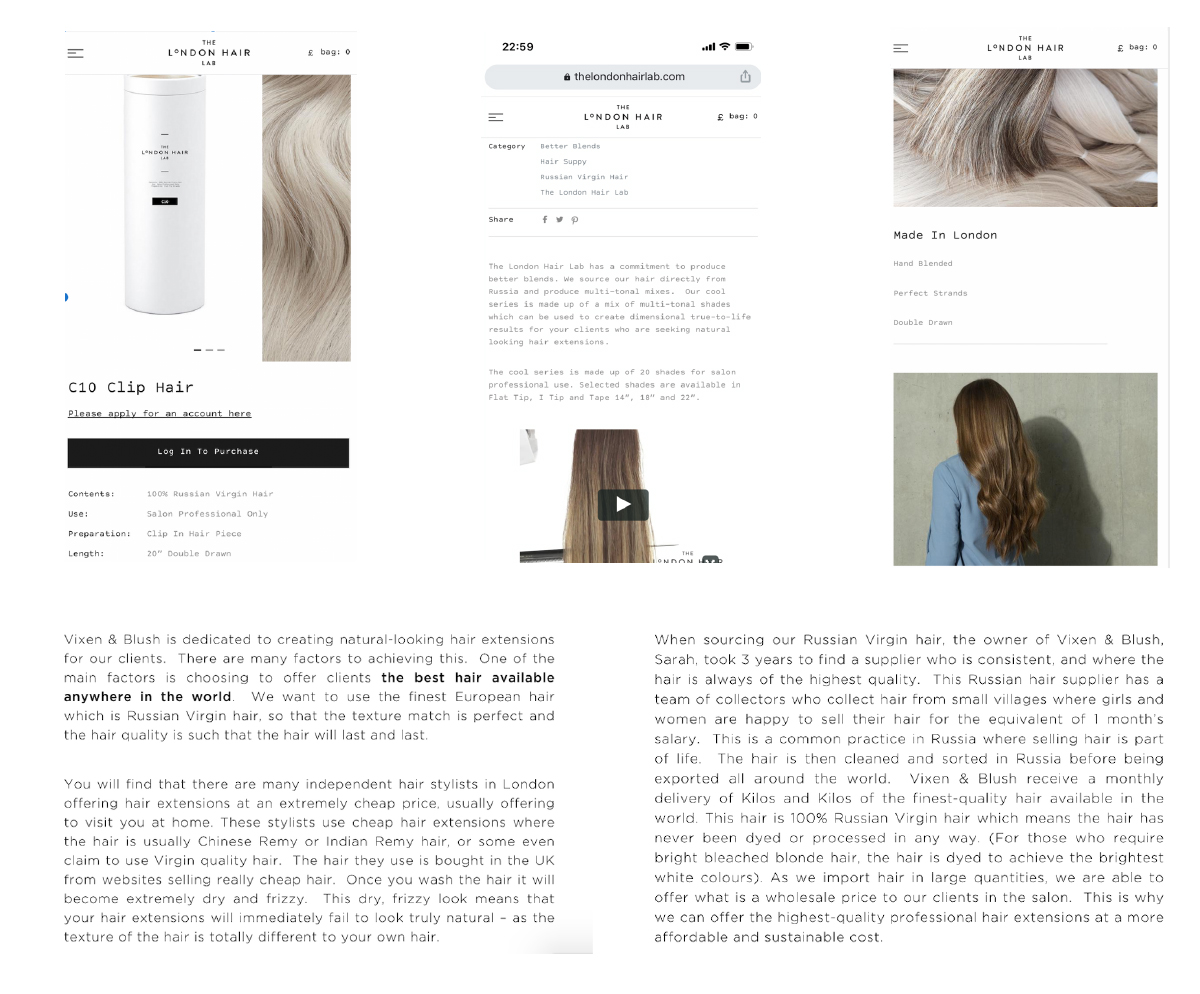 To gather evidence, orders were placed to secure hair samples and photos, using high magnification cameras, of the interior of the London Hair Lab. 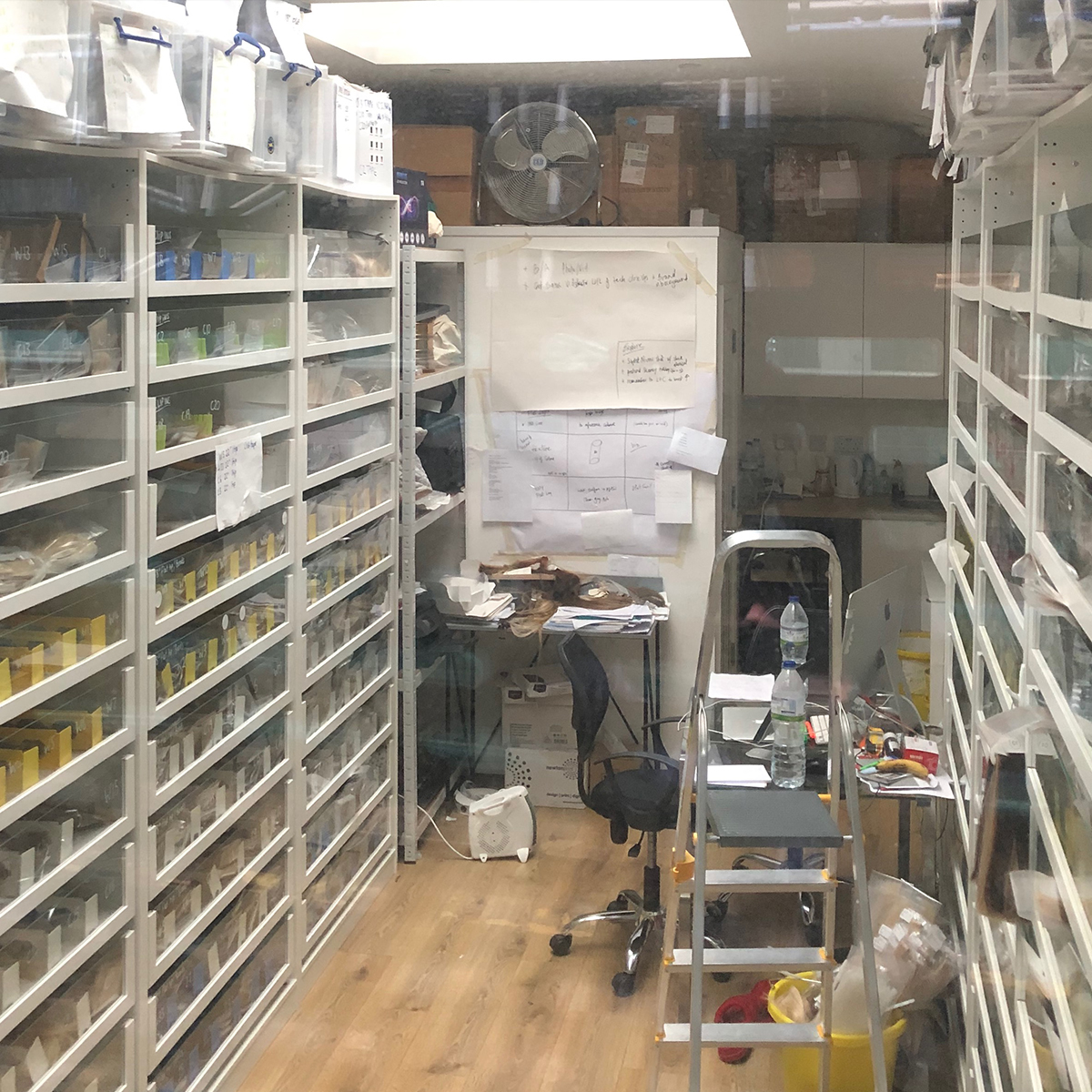 The “old” London Hair Lab, was 265sqft converted garage, where they claim that they hand-blend all their Russian clip-in, wefts and tapes 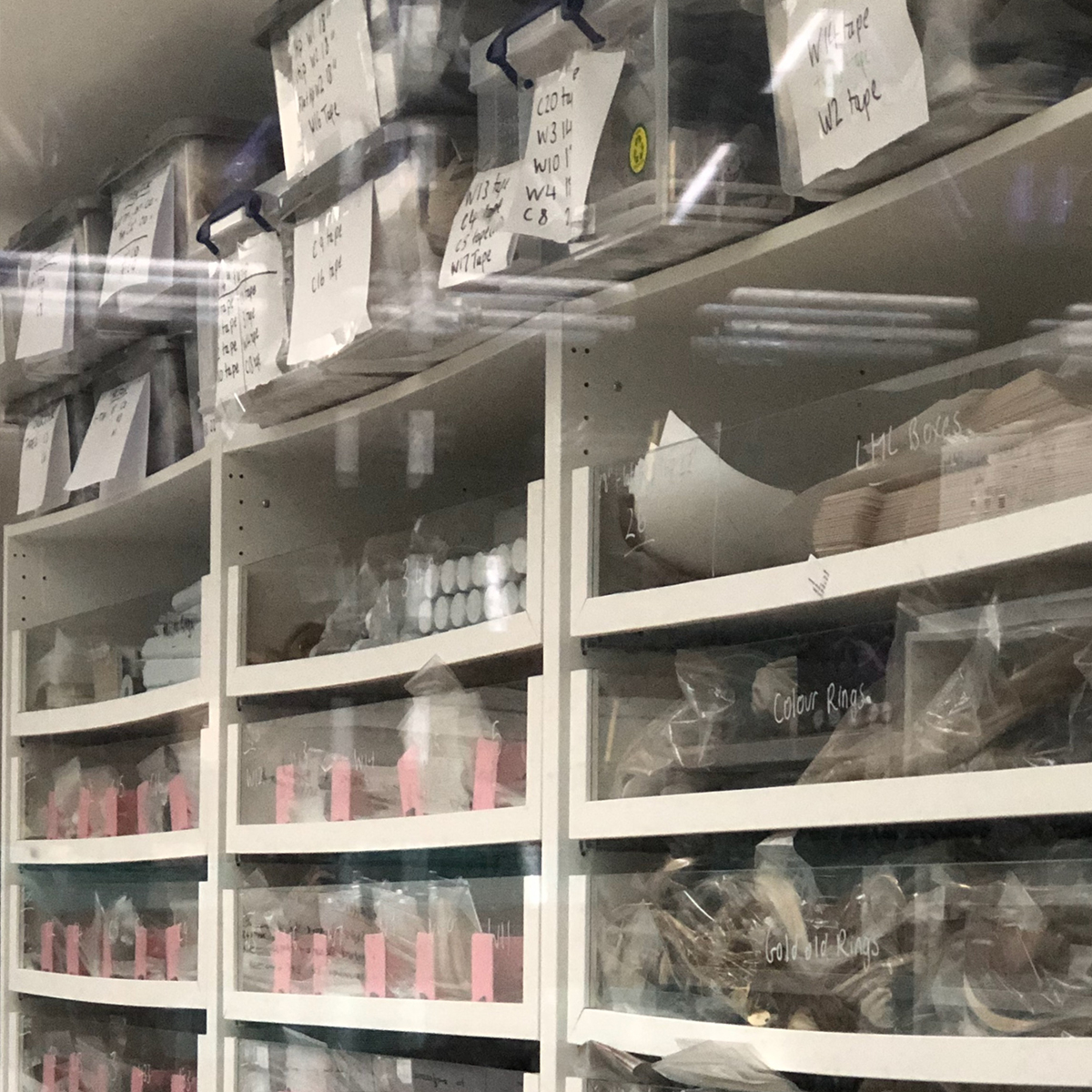 “Russian” tapes, clip-ins, wefts, after all hand-blended ready to be shipped 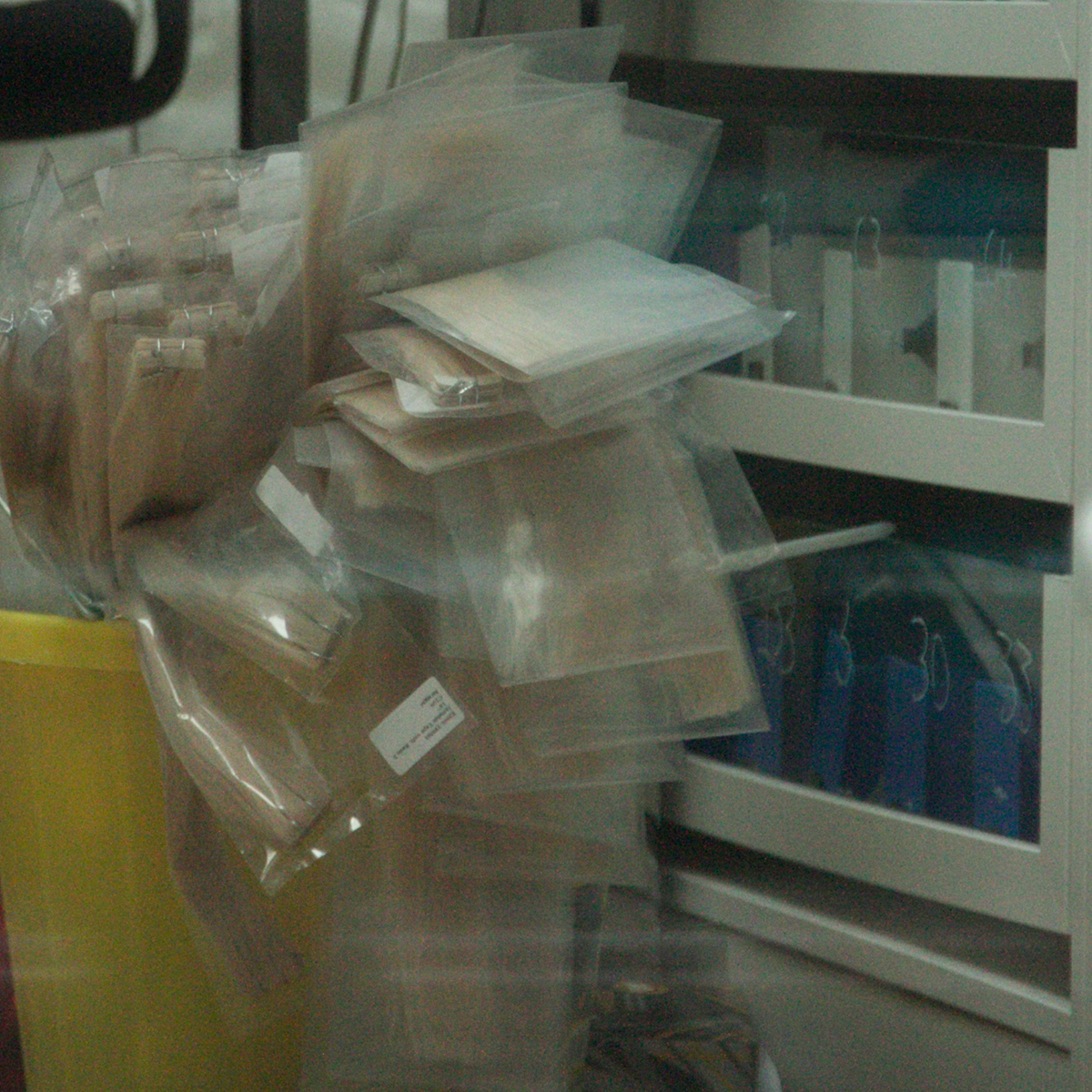 Once we had the hair samples, we did a microscopic analysis as Asian, European and Africa hair will each have different characteristics. By looking at the hair’s shaft diameter, cuticle thickness, and distribution of pigment granules it is possible to determine the hair’s likely origin, but the results are not always 100% conclusive. We wanted to absolutely sure before we took action, so we the hair underwent DNA testing, which is extremely expensive, but can determine the hair’s origin down to a specific geography within a region” 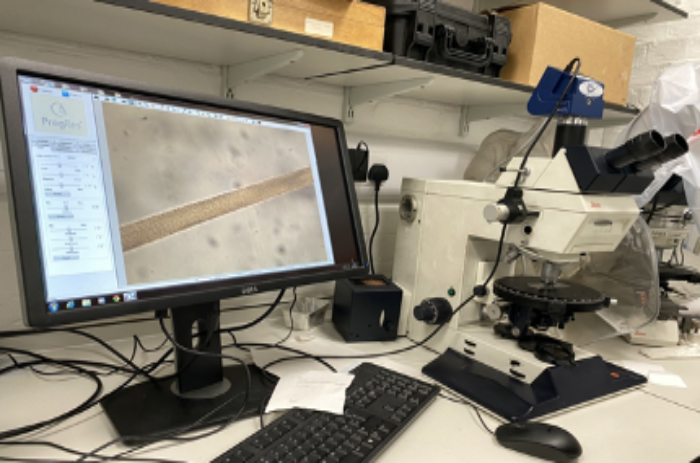 Now armed with irrefutable evidence against The London Hair Lab and Vixen and Blush, Tatiana Karelina, in March 2020, filed objections with the Advertising Standards Agency (ASA) for misleading advertising and with the salons’ local Trading Standards office for wrongful trading. Due to COVID the ASA was not able to do a formal investigation but did issue Advice Notes against Vixen and Blush and The London Hair Lab.  Following the advice notice from the ASA both London Hair Lab and Vixen and Blush removed some of the references to 100% double drawn”, “virgin” and “hand-blending”. However, they refused to remove all of the references and continued to maintain that their hair was Russian.  Left with no other option, Tatiana Karelina wrote to Sarah McKenna, owner of both companies, telling her that legal action for extended passing off was imminent.

Immediately, Sarah McKenna offered to remove the term Russian from all her marketing material.  “For me, this was quite surprising”, Karelina said. “Here is Sarah McKenna, a businesswoman, that has built her business over the last 8 years, on the misrepresenting that she was only selling “the finest 100% Russian virgin double drawn hair” and upon receipt of a letter from our solicitors, has offered to remove all the claims.  If this isn’t an admission of guilt, I really don’t know what is”.

In March 2020, this is what someone new to hair extensions would have found on the Vixen and Blush website. 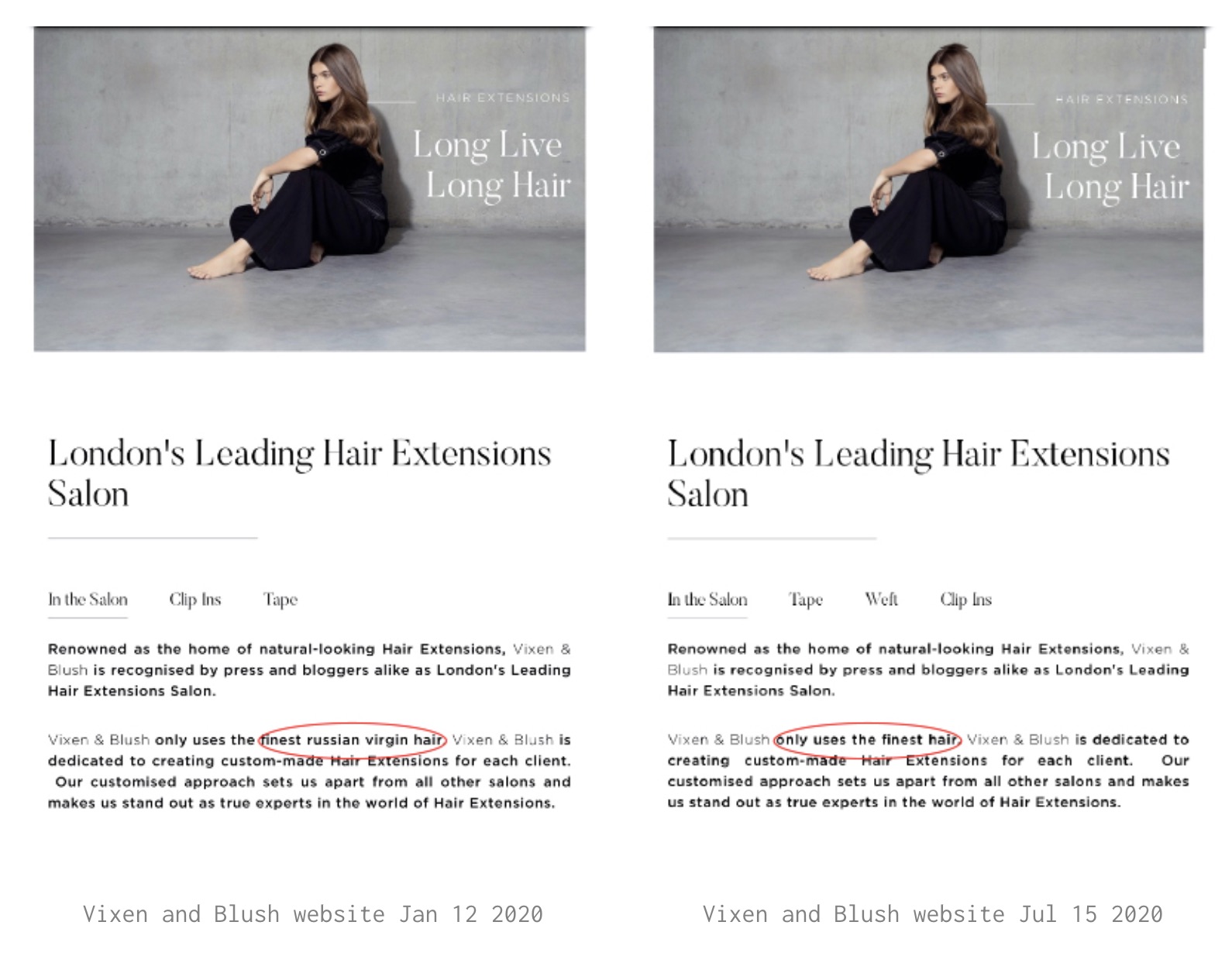 A few weeks later, Sarah McKenna decided to settle out of Court.  She agreed to remove over 300+ references to Russian hair on her websites, social media, and videos, make a payment for damages, inform all of London Hair Lab customers that they had to remove references to Russian hair.  In addition, Sarah McKenna has to post on a notice on her websites stating that “WE DO NOT AND HAVE NEVER SUPPLIED RUSSIAN HAIR. WE APOLOGISE FOR ANY CONFUSION THIS MAY HAVE CAUSED”.

“Normally, this would have ended here but both the London Hair Lab and Vixen and Blush continue to confuse”, said Karelina. Despite Tatiana Karelina requesting that they simply tell their clients that the origin of their hair is Asian, both London Hair Lab and Vixen and Blush refuse.  Instead, they call it the finest hair which implies it is Russian.   Karelina, says, “I have issues with this.  Calling it the finest hair is not an accident but a tactical decision.  For over 8-years all of Sarah McKenna has been carefully crafting her reputation that she only sells that finest 100% double-drawn Russian hair and she doesn’t want to lose that. So not only was she not selling Russian hair but over this time she generated lots of online press, much of which still exists, so simply removing Russian, and calling the hair “the finest” allows her to maintain the illusion that she is still selling Russian hair.  With the London Hair Lab, you cannot let the white coats fool you. The “hair lab” might have moved to a new location but the hair has the same range of Asian hair that you see in the pictures above.  There is no hand-blending.  This is a mass-produced hair extension line coming from a hair extensions manufacturing company in Asia.  So, it begs the question, why to try and to convince other salons that you are adding “value” when in fact all you are doing is sourcing and repackaging. 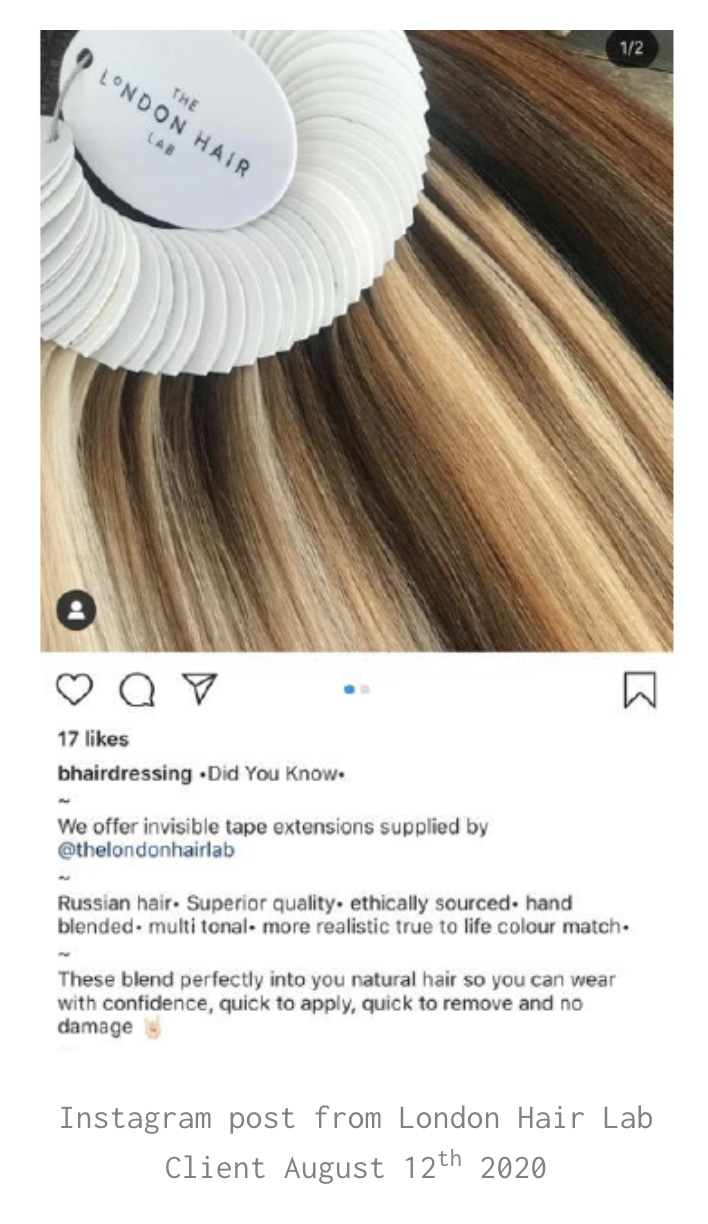 Impact of the Russian Hair Pretenders

While all of Vixen and Blush’s clients have been mis-sold over the past 8-years, and that is a tragedy in itself, the real damage comes from the London Hair Lab as it is selling to other UK salons, who in turn sell to their customers.  This makes the problem exponentially bigger.   There is no question that hair extensions are in desperate need of regulation but the unfortunate reality it is very difficult, time-consuming and expensive to use DNA testing to determine the origin of the hair.  This leaves education as the biggest weapon. Clients should, if it is important to them, question the source of the hair, and if the answers don’t make sense take their custom elsewhere.

The hard truth of business is that when you make one false representation as a business, even a small one, and get caught out you can lose the trust of the public forever.

Back to Blog
Attention all London Client: Tatiana Karelina London
has temporarily moved from their salon at 33 Holland Street
to CLOUD TWELVE at 2-5 Colville Mews, W11 2DA
while the works on the expansion take place.